Win994a is a TI-99/4A simulator written by Cory Burr that installs and runs in the Windows environment.  It was written to simulate  the TI-99/4A, not to emulate it perfectly. 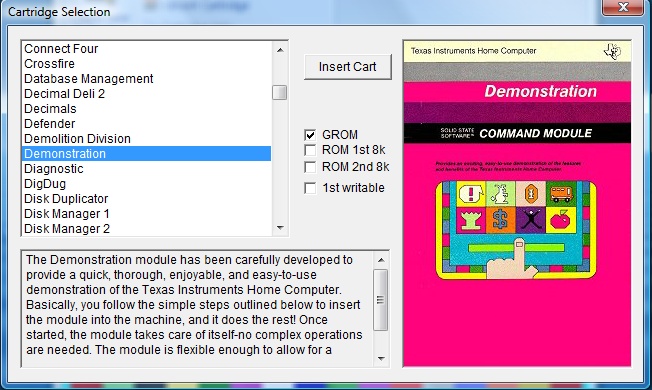 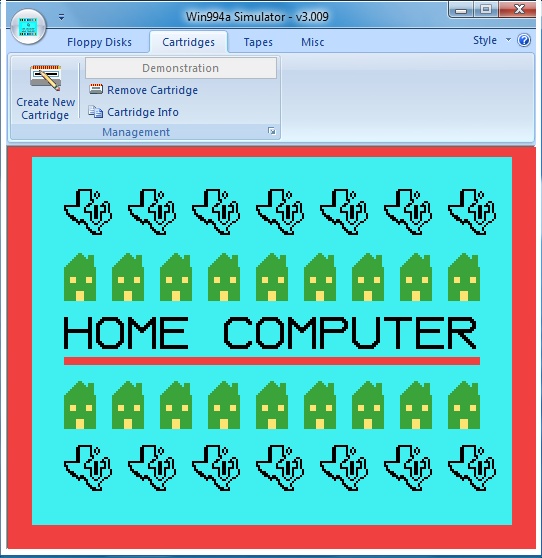 Note- cart/disk/cassette images are available in their own sections as single downloads for those with slower connections.  For those with broadband, all of the images can be downloaded in single zip files from the main Win994a page.

Win994a is unsupported software, so a special help forum has been created:
Win994a Support Forum
Please post any questions or comments here and perhaps other users can provide some assistance.

The owner of this site does not guarantee or necessarily test any of the programs or files available for download from the site. Downloading and installing any files is done at your own risk.