On June 12, 1999, the Cleveland Area User Groups hosted a TI-99/4A and 9640 M.U.G. Conference in Brookpark, Ohio. I was lucky enough to attend but could only stick around for a few hours due to work commitments. Attendance was good, with people coming from across the country to attend. Conferences and seminars were held throughout the day, and a meeting room was set aside where user groups and vendors were able set up display tables. Not only were people able to meet and chat in this area, but several vendors (including CaDD and RamCharged Computers) were selling goods as were several of the user groups. As a matter of fact, many hardware and software items were being given away by the groups! I'm sure that everyone had a good time- I know I did. Many thanks to those who worked so hard to make this such a great event!

I took these photos off a video that I shot at the MUG. I'm not very happy with the number or quality, but they're all I've got! Glenn Bernasek was kind enough to send a number of pics to me but they're already posted on the Cleveland Area TI User Groups MUG page, so I'll just link to them.

You can also read Charles Good's review of the MUG which is posted on the Cleveland Area TI-99/4A User Groups web site. 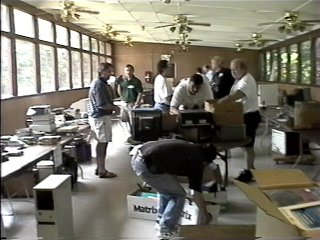 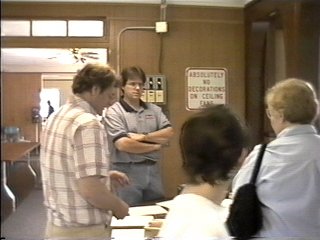 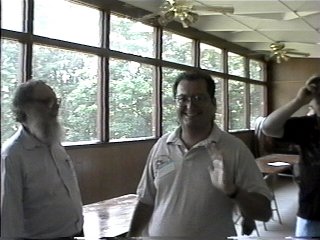 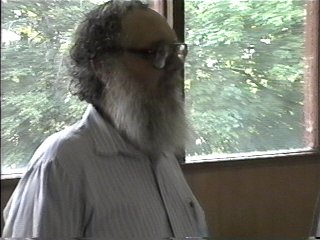 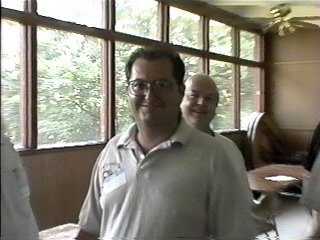 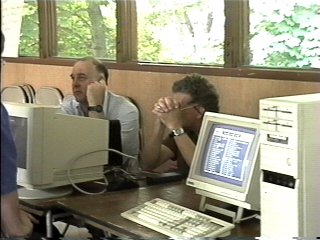 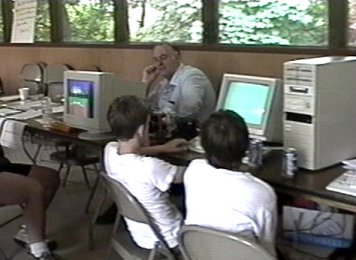